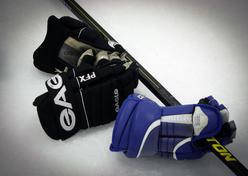 The Kamloops Vibe are hosting the 2016 Western Shield Championships, March 31 to April 3. The Western Canadian Shield Championships are a
high level competition between the top senior teams from BC, Yukon, Alberta, Saskatchewan and Manitoba, in two categories. This event will be
held during the Womens World Championships in Kamloops.  The team is comprised of young women aged eighteen through their late twenties.
We have players who have been in the Under 18, the Under 22, the Senior AAA National Programs, and the CIS program, representing BC and Kamloops across Canada. The progression of the Kamloops Minor Hockey Elite Female Midget AAA Mystixs as well as the regional team has brought girls to this team for many years. These players have perennially competed at the BC and Western Championships and bring a winning experience and attitude. These young women, that are attending
Thompson Rivers University and working in our community, are excellent role models and represent our community as outstanding ambassadors
wherever the Kamloops Vibe travels.
In the past six seasons the Vibe have won the Provincial Championships four times, coming in second twice. We have also represented BC at the
Western Shield seven times, wining Gold three times, Silver once, and Bronze twice.
We were also recipients of the Kamloops Sports Council's 'Team of the
Year' for the 2014 season.